David Knight brings you the real news in real time with a three-hour radio broadcast every weekday morning.

As a news anchor, reporter and radio host, David has broadcasted live from events ranging from national political conventions to the Bundy ranch standoff in Nevada.

With a huge variety of guests, including the former tech head of the NSA to the New Jersey Weedman, the broadcasts are diverse, compelling, insightful, surprising and even humorous as David interacts with a global audience of listeners and social media in real time.

And, as an entrepreneur with a background in engineering and politics, Knight explores the junction of business, technology and freedom with experts in each field. Firing bullet points in the information war against fake news, David makes sense common again. 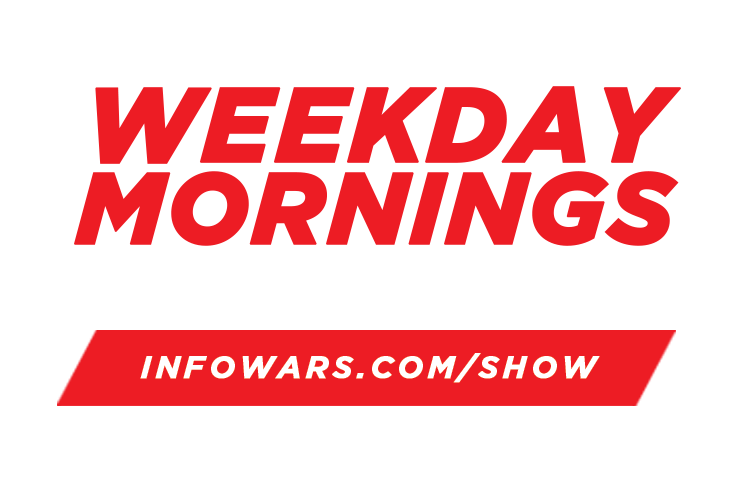 Media Uses Ocasio-Cortez's Personality To Distract From Her Terrible Policies

DHS Releases 2,000 Illegals Because Of "Over-crowding"

Enemies In The Halls Of Power

Did We Really Land On The Moon?

Chaotic First Day Proves The Insanity Of The Democratic Congress

NOW WHAT? Debunking The Lies In "Now This" Tax-Cut Video

Today on the Alex Jones Show

Sunday, January 6th: Shutdown Week 3 - President Trump and the Democrats still have not reached a deal over border wall funding as the government shutdown stretches…

Get the latest breaking news & specials from Alex Jones and the Infowars crew.

Get ready for the next evolution in activated nascent iodine with Survival Shield X-3 from Infowars Life!

For the umpteenth time, Dems think, "This will be the end of Trump." Will the president complete his first term?

No - He'll be impeached